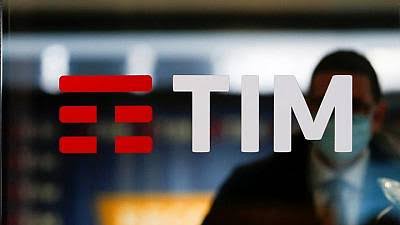 Italy's CERNOBBIO (Reuters) - As long as there is continued competition in the industry, Telecom Italia (BIT:TLIT) (TIM) and Open Fiber assets could be combined to strengthen Italy's national telecoms network, according to Innovation Minister Vittorio Colao on Saturday.
A national telecoms infrastructure that guarantees excellent service and quality is something we're interested in, Colao told reporters outside the Ambrosetti business conference.
As long as competition is maintained, Colao continued, "If this were to happen by integrating portions of Telecom (Italia) with Open Fiber, that's welcome."
Former CEO of Britain's Vodafone (NASDAQ:VOD), Colao expressed concern for the European and Italian markets due to a recent decline in innovation capacity and return on investments.
Italy's broadband performance falls short of that of many of its neighboring EU nations.
Colao said that, as reported by Reuters last month, Italy, together with Spain and France, has requested that the European Commission draft laws to ensure that Big Tech companies partially subsidize telecoms infrastructure in the Union.
arriving bid
Consolidation at the local level in a fragmented market may be a method to support the industry, but Colao stressed that it must take place while preserving competition.
The Italian state lender CDP, which owns Open Fiber, inked a preliminary agreement with TIM in May with the intention of combining TIM's fixed network infrastructure with that of Open Fiber to form a unified wholesale network operator under state control.
As it moves on with plans to establish a single national network champion, CDP is getting ready to submit a non-binding offer for Telecom Italia's fixed grid this month, according to two people with knowledge of the situation.
Before the general election on September 25, according to the sources, CDP expects to present its initial offer for TIM's network. However, they cautioned that discussions were still ongoing.
Open Fiber would be utilized as a vehicle under a still-undetermined plan to acquire Sparkle, TIM's international cable business, as well as its domestic grid.
The long-planned effort, funded by the departing Italian administration of Prime Minister Mario Draghi, centers on valuation.
According to the sources, CDP initially valued TIM's network assets at little more than 20 billion euros ($19.9 billion), but they cautioned that the evaluation was still in progress.
French media giant Vivendi (OTC:VIVHY), TIM's largest investor, has warned that it will not support any sale that would split the former phone monopoly from its fixed network infrastructure for less than 31 billion euros.
According to a business plan created by TIM CEO Pietro Labriola, selling off its fixed network equipment would offer TIM new resources to reduce debt and concentrate on its service operations.
However, the right-leaning group Brothers of Italy, which is currently leading in the polls before the vote, has voiced some disapproval of the current plans for TIM and has urged CDP to put the process on hold until a new government is in place. The party's telecoms policy director, Alessio Butti, pushed for TIM to be renationalized and demanded that the former phone monopoly maintain control over the network in any arrangement with Open Fiber while separating its domestic service activities and its publicly traded Brazilian unit. $1 = 1.0049 euros